It is said that Uruguay’s best-known beach has the hottest New Year’s parties in South America, second only to Rio de Janeiro. I spent a New Year’s Eve in Punta del Este and did not see all this excitement because I chose to spend with the family at home and did not even know about the parties that night. Proving how fate can please various styles. But I will help the most partying readers by bringing up ballad information to welcome 2020 at the end of the article.

This story “View in São Paulo” has been automatically translated. Click here to view the original Portuguese version.

The text continues after the recommended services at the destination.

I have spent some memorable New Year’s Eve on the country’s less famous beaches like Punta del Diablo or Santa Teresa (unknown until the 1990s because they have now been invaded by Brazilians and Europeans) and definitely the best way to party The new year is with friends no matter where. However, if you can travel with the best companies to a nice place, I recommend Punta del Este or any beach in Uruguay. As I explained in another article Punta del Este has a reputation that does not always match reality and can disappoint some or delight others. The point is to go without expectations and enjoy the best that the beach offers at its pace.

Forget the fireworks on the shore and everyone jumping ripples. The turning point happens at home or in restaurants and only much later do people go to parties that extend until the sun gets hot. From the terrace where I toasted the new year, I saw dozens of fireworks exploding in various parts of the city, in fact, I had never felt so close the heat and sparks of the fireworks. None were organized by the city, were private parties or families creating that exciting scenario that lasted a few minutes.

The tip is to be somewhere high near midnight, think of this detail when choosing the hotel or restaurant for tonight. My position was in the building located at the very tip of the peninsula on Emir Beach, perhaps one of the best places to watch the New Year’s Eve fireworks show in Punta del Este. The next day I jumped the seven ripples without a hangover.

Who makes a point of enjoying the ballads, pass the names of the most spoken and then want to know the opinion of those who tried in the comments, combined? It’s okay if you don’t have time to pick the party before, you’ll discover plenty of others when you arrive and watch the ads or talk to those already there. The drawback is the last minute salty prices. And it’s not just the night of the turn, it’s buzzing everyday like the Sunset Party or the Summer Festival.

[tab] [tab_item title=”” open=”true”]Following is the list of the hottest parties in Punta del Este, Punta Ballena, and La Barra. Recommend buying tickets in advance or you will pay dearly on time.

It is the most popular among Uruguayans and Latinos.

Quite parties and dinners

A rThe harbor region offers quieter options with supper and wine as in the Moby Dick and Lo de Tere Pub restaurants.[/tab_item][/tab] 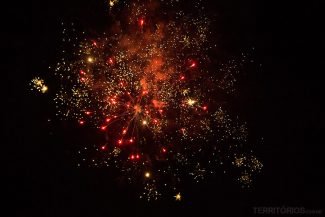 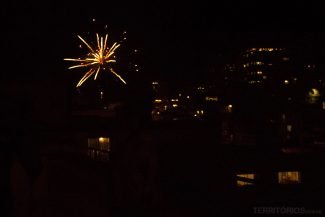 In addition to spending New Year’s Eve in Punta del Este, Uruguay’s busiest beach certainly has an intense schedule for next summer. See the recommendations sent by the country’s Ministry of Tourism:

Between January 3 and February 20, the 7th edition of the art festival comes with everything presenting the city’s public with the best of regional art galleries. Fun and glamour in a unique environment. All of this will happen at the Punta Del Este convention center.

From January 3 to 6, it will be at Finca El Sosiego inPunta Ballena – Maldonado.

How to arrive: It is 120 km from Montevideo or 488 km from Pelotas (Brazil), where are the other the nearest airports. There are bus lines from both cities and good roads for those who rent a car.

Punta del Este Hotels: Options abound for every budget and taste. Who wants young astral stays in the hostel; to save money, camping is not so bad in Uruguay; if you will stay longer rent an apartment; or choose a good hotel if convenience is the primary requirement. For the end of the year and high season, prices are inflating, so the tip is to search for the best deals on Detecta Hotel, the metasearch displays values ​​and availability offered by various booking sites and hotel chains at the best prices. Right now you can make the reservation and also save on research time.

Bonito: a guide to planning the trip

Where T has been traveling

Vila Velha – A village not so old